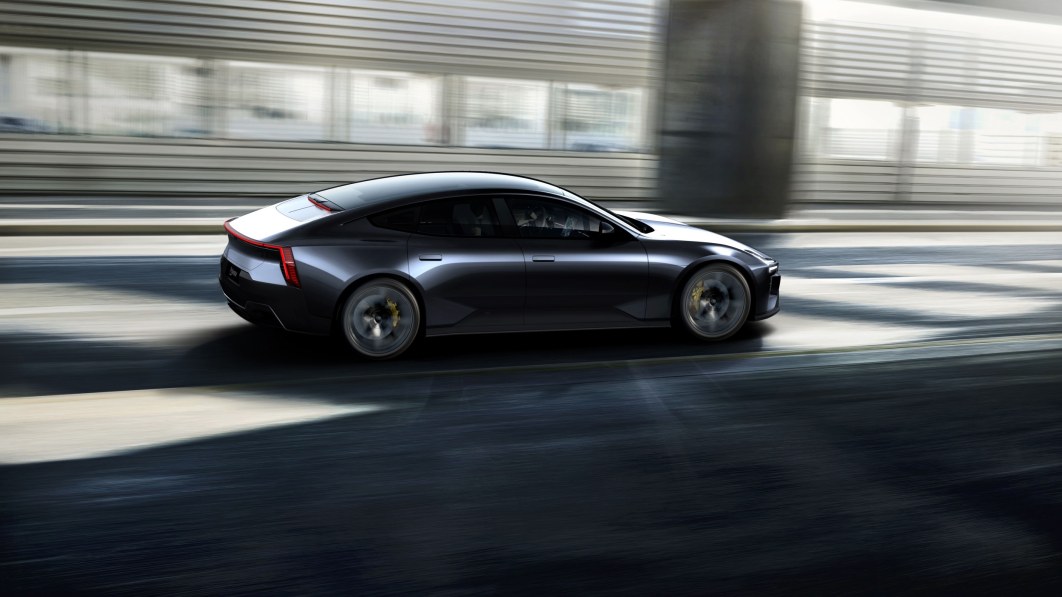 Polestar’s amazing Precept concept has begun to transition from design research to production models. The company announced that this sedan will be called the 5 when it goes on sale, and released a photo of a close-to-production-ready prototype to show us expectations.

One of the key styling cues that characterize the concept is the silhouette similar to the fast back, which has not changed much since Polestar launched the Precept in early 2020. Nevertheless, the designer adjusted many details. Take a closer look and you will notice that the suicide rear door has been replaced by the front hinge unit, the rear view camera has been thrown back into the parts box to support the traditional door mirrors, and the pod-like modules have been removed from the roof. It is equipped with lidar to power the semi-autonomous driving function of the concept; we don’t know if Polestar simply relocated it, or if it has curbed its unmanned ambitions.

All in all, 5 stays close to Precept, which is remarkable considering that the concept should not produce a production model. Officially, the sedan was unveiled to preview the company’s next design language, a root that will see it far away from Volvo.

Polestar has not released specifications yet. What we do know is that 5 will be fully electric. Polestar’s R&D center in Coventry, UK has begun engineering work, and production will be carried out in an unbuilt factory in China.

If you want one, you need to be patient: Polestar 5 will not be launched until 2024, which means that the sedan may not arrive in the United States until the 2025 model year. At the same time, it is also developing an electric crossover named 3, which will be manufactured in the United States and is scheduled to debut in 2022. 4 will be added soon. This is a smaller and more volume-oriented crossover. It will be launched in 2022 in 2023.

Dancing on the brink of climate disaster