U.S. policymakers and other financial experts have called for reforms to the $22 trillion U.S. Treasury bond market after the recent chaotic transactions to protect it from future shocks.

In March last year, the world’s most important government bond market fell into chaos, when investors were frightened by the beginning of the coronavirus pandemic and tried to sell their large holdings of US Treasury bonds.

A spokesperson at the annual US Treasury Market Conference on Wednesday said that recent policy improvements are not enough to prevent future troubles.

The President of the Federal Reserve Bank of New York, John Williams, together with senior officials in the Biden administration, said that the trading and supervision of U.S. Treasury bonds need to be changed.

“As we saw last spring, severe damage to key financial markets should be rare. But just as flood-ravaged towns will seek to rebuild in ways that help them withstand the next major storm, we must also consider how to support it. The U.S. Treasury market makes it better able to withstand the next big shock,” Williams said at a meeting hosted by the Federal Reserve Bank of New York.

The Federal Reserve has taken measures to strengthen the support of the Treasury bond market during periods of stress, and in July it made two plans permanent, allowing eligible market participants to exchange securities for cash at a fixed interest rate.

But participants emphasized that more work needs to be done.

Gary Gensler, chairman of the US Securities and Exchange Commission, suggested that proprietary trading companies register with his institution, which can give a clearer understanding of their activities.

These groups include high-frequency trading companies, which have become important participants in the U.S. Treasury bond market, but are not necessarily subject to the same level of supervision as the 24 banking groups known as primary dealers.

For a long time, banks have been the main providers of liquidity in the US Treasury bond market, but after the 2008 financial crisis passed regulations limiting the amount of debt they can hold on their balance sheets, they have withdrawn. This creates opportunities for trading companies to intervene. 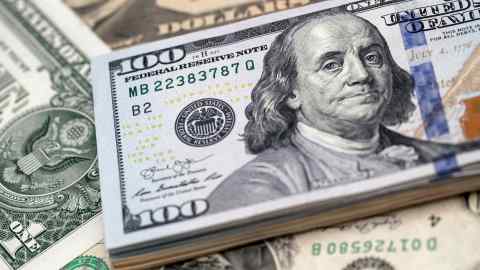 Gensler also spoke strongly about the need for central clearing. A clearing house is a public utility that stands between buyers and sellers to guarantee the terms of the transaction. Central clearing limits the risk of default, so it can make market operations smoother.

Nellie Liang, an economist who serves as the U.S. Department of the Treasury’s Undersecretary of Domestic Financial Affairs, admitted that the central liquidation was “promising,” but she also told the conference about possible drawbacks.

She said: “We must consider the potential higher costs of participating in the market, as well as the potential risks of expanding central clearing due to the concentration of risks on the central counterparty.”

The capital of a large bank must be at least 3% of its assets, or 5% of the largest institution. Lenders are allowed to temporarily exclude their holdings of U.S. Treasury bonds and Fed reserves from their assets when calculating the ratio after March 2020, but this requirement has been re-enacted this year.

Credit crunch: Visa plummets in the UK due to Amazon ban | Technology News