The Japanese economy shrank sharply in the third quarter due to disruptions in the global supply chain and the resurgence of Covid-19 cases that restrained consumer and corporate spending.

The Japanese economy shrank at an annual rate of 3% from July to September, which was lower than the 0.8% contraction expected by analysts. According to government data released on Monday, on a quarterly basis, GDP fell 0.8% after rebounding 0.4% from April to July.

After automakers including Toyota and Honda reduced production in September to address chip shortages caused by the increase in Covid-19 cases in Southeast Asia, spending and exports are expected to take a hit.

After a 3.7% increase in the second quarter, consumer spending fell by 4.5%, while exports fell by 8.3%, the first contraction in five quarters.

But Naohiko Baba, chief economist at Goldman Sachs in Tokyo, said the impact on commercial and residential investment was greater than feared, exposing the damage caused by the turmoil in the global supply chain.

“The global supply chain may not return to normal until the middle of next year, but we think it bottomed out in September and we expect a rebound in the October-December quarter,” Baba said.

With the lifting of restrictions in large cities to control the spread of Covid-19 and the sharp drop in daily cases, as people start shopping and dining again, household spending is expected to pick up in the coming months. 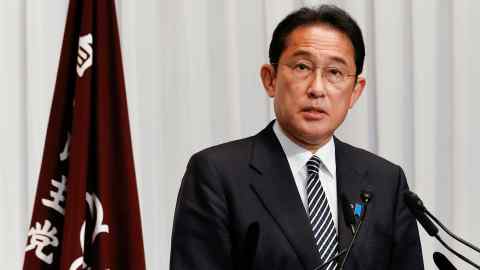 Nevertheless, compared with other advanced economies, Japan’s recovery is still lacklustre. For example, despite supply chain disruptions leading to a significant slowdown in growth, the US’s annualized growth rate in the third quarter was still 2%.

“It is undeniable that the forecast of high growth will largely depend on infection data,” said Yoshiki Shinke, chief economist of the First Life Research Institute. “There is enough risk that the return of the population will cause Covid-19 to make a comeback, especially as we enter the winter.”

The risk of another outbreak may give the Kishida government more incentive to advance its new stimulus measures. But many economists questioned the effectiveness of cash distribution, pointing out that past alms eventually turned into bank savings.

Kishida has stated that he plans to distribute 100,000 yen (US$878) in cash and coupons to families, students and temporary workers most affected by the pandemic.